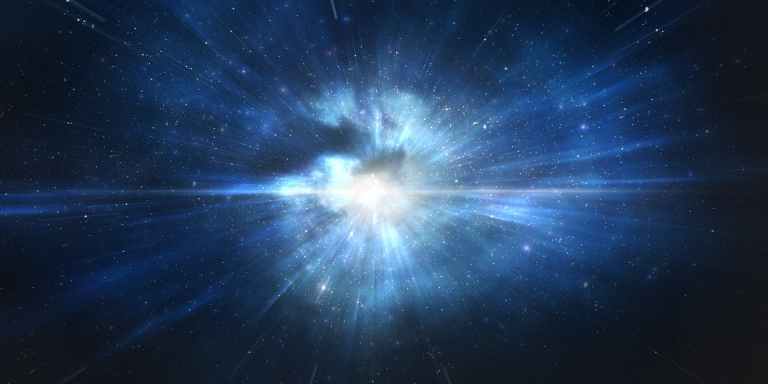 Christ is the head of the body; in him all things hold together.

Our lessons today point to Christ as the head of the body, as the cornerstone and foundation on which the Church is built.

Our reading from Colossians really takes a big-picture, cosmic view: Jesus Christ, the second person of the eternal Trinity, is the one in whom all things were created.  Here St. Paul is speaking of Jesus as the Word of God spoken at creation – that Word that was made flesh and dwelt among us – as the very means by which the Creator called everything visible and invisible into being.

And, it’s worth noting, that St. Paul in this first part of Colossians makes some very big, and very serious claims.

While it’s one thing to say that Jesus is the head of the Christian Church, the scriptures actually make a claim much bolder than that.  As we proclaim today, he’s not just the head of the Church, but he himself is the Alpha and Omega, the beginning of all things, as the word that echoed through the universe and brought forth everything that is.  That’s what we proclaim when St. Paul says “he is before all things, and in him all things hold together”.

And that’s a bold claim:

Not all “churchy” things, not all Christian things.  Not even all loving or lovely things.  But, in him, all things hold together.

That’s probably not the kind of deep theology that we spend much of our time thinking about.

But, when we stop and think about what it is that we believe, there’s great comfort to be found in acknowledging Christ not just as my lord, or as a great teacher of Christianity, but in bowing the head and bending the knee to acknowledge Christ as lord of all creation.

And this bold claim is also a big part of understanding our faith.

One of the deep truths that we often hear repeated, especially in times of trouble, is that, in spite of whatever we’re facing, God works all things together for good for those who serve him.  But, if we stop and think, how could that be if the Lord is only lord of those who choose him, or is only one lord among many?

Those promises that we hold so dear – that the prayers of the righteous are effective, that the Lord will be with us and never forsake us, that the Risen Christ has gone ahead to prepare a place for us to live with him eternally – they only make sense, they only work, if Jesus Christ is not just my saviour or your saviour, but is indeed the Lord of all creation: the way, the truth, and the life for everything that is, the one by whom even that fallen angel, the devil himself, is destined to die, as Christ already conquered hell and the power of the grave, reconciling all things in heaven and on earth to himself in the offering of his sinless blood on the cross.

Of course, this is nothing new; this is the classic faith of the Church that we learned in Confirmation Class.  But, and I think we’ll agree, the world, and our communities have changed much in recent years.

There was a time, not that long ago, when the expectation, for better or worse, was that everyone belonged to a Church; that every child was brought before the congregation and baptized, in many cases, regardless of their parents’ intention to keep the solemn promises that were being made.

Today, by and large, that pressure to affiliate with a church is gone, and as Canadians, we do enjoy freedom to practice the religion of our choosing.

But, the absolutely crucial point for the Church to remember is that, while it isn’t politically correct, and it certainly won’t make you popular, our steadfast belief is that Christ is Lord of All – Lord of every creature under heaven, and Lord of the living and the dead.  Our message – the message of hope and forgiveness and mercy through the offering of God’s own Son to redeem the world – only works if Jesus is indeed the way, the truth, and the life.

The moment we reduce Jesus to be a holy man and a good teacher, we’ve lost that firm foundation, that cornerstone, that solid rock on which we stand.

The moment we think of Christ as one option among many, we’ve lost the glorious truth of the Gospel – that, from the very foundation of the world, before time itself, the gracious Creator desired us to be in relationship with Him, and knowing that we mortal creatures could never earn immortality, would allow his only Son to take on human flesh, joining divinity and humanity together to break the grip of death, and paving the way for us to share in eternal life.

That’s either universally true, in which case it is of the utmost importance and worth laying down your life for; or else, if it isn’t, then it is of no importance whatsoever; our great Gospel, the message that there is hope and mercy and forgiveness in Jesus, is a bold message that simply doesn’t work if it’s only half-way true.

Membership in the Body

And, this is where Christ as the “head of the body” really comes in.

But, there are two ways we go about living into that.

It goes without saying that the head is the part that makes the body effective; if every body part were free to go its own way – think of someone having a seizure – it’s actually quite destructive; or, by the same token, if a body part won’t listen to the head – like a joint seized up with arthritis – then it makes life much more difficult.

It’s the head that makes the movements of the body effective.

And, if we think about it, it’s also the head that takes responsibility for the actions of the body.  If a kid steals some candy on the way out of the store, it’s not like he can stand there and say “well, my hand just did it”.  It doesn’t work that way: the head directs the body.

And from the beginning of the human race, our merciful, loving, and patient God has revealed himself to every people, language, and nation: first in the covenant of Creation, where, as scripture says, nature itself proclaims the goodness of the Creator; then in the law given to Moses, finally in the offering of Jesus Christ to reconcile God and humankind.

When we choose to live as though we’re in charge of our own lives, sure, it may appear as greater freedom: we can live as we want, spend our money on what we want, choose to love or hate our neighbour, choose to hold grudges, choose to seek revenge or hold on to past hurts, or gossip or steal or cheat.

But, if we live as lord of our own lives – a choice we’re free to make – then, when we stand before the throne of God above, we, as the head of our own body, will be held to account for our actions.

And, to be fair, that’s the standard operating procedure for many world religions: you have to do your very best, because they believe something will judge you based on the good you’ve done.

But, our Christian faith is very different.  Because, when we say, “Yes, I am a member of the body of Christ by baptism, with Christ as the head of the Church”, we’re saying “Yes, I agree to do all in my power to live by the example set by Jesus”.

But, we’re also saying, that Christ, the Risen Son of God, is our advocate; that we allow him to stand in our place before the throne, where he stands as our great high priest, pleading mercy on our behalf.

When we acknowledge Christ as head of the body, it means that, while we mourn our sin and strive to live rightly, when we look up, we see Christ offering himself for us, bearing our sins and our failings for us, so that we are counted free.

We proclaim, “no, I’m not the lord of my life”, and in doing so, accept the greatest freedom that comes from knowing that you don’t have to earn your reward, you just have to accept it, as it’s been freely given.

A Decision to Make

When you were baptized, either you or your parents and godparents proclaimed on your behalf your belief in the holy Catholic Church in the Apostles’ Creed.  That same church, which in our catechism is described as the body of Christ, and stands for all time and for all people living and dead, yesterday, today and forever.

Or, to put it in the words of today’s Gospel, are you living as Martha, rushing around, distracted, trying to do the right thing, when Jesus is calling you to be like Mary, who sat at his feet and listened to his Word.

The good news – the great news – is that it’s never too late.  While we can never do enough to pay off the wrong we do to others and our disobedience to God, Christ, the solid rock on which we stand, is ready to lift the burden of trying to please God and others, and to give us the grace to stand firm in his risen life.

He is ready to stand before God in your place, and take the responsibility for you, out of his great love.

That’s what it means to say that you’re a part of the Body of Christ, with Christ as the head.

To him be the glory now and forevermore.  Amen.