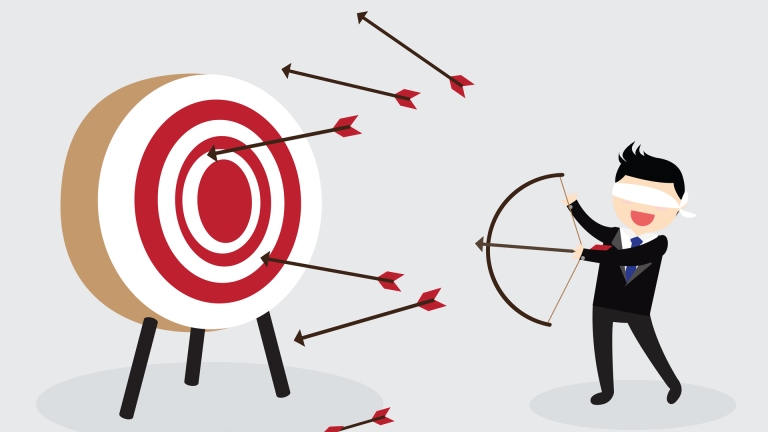 The Lord called me before I was born, while I was in my mother’s womb he named me. Isaiah 49

One of the constant themes carried throughout scripture is the simple truth that God has a plan, that each of us has a role to play.

From the first chapter of Genesis, the point being made is that, no matter how things may look from our limited perspective, this universe didn’t spring into being by chance; that, no matter how we understand the details, life and being and even our consciousness don’t just spring up within ourselves, but are gifts that we receive.

And, even life itself – all the joys and all the struggles and pains – doesn’t just exist by chance; no, we believe, we confess, that we’re here, ultimately, because God desired to make a creature in his Image, a creature capable of reason, and real, true love; the only sort of real love that is found in freely putting someone else ahead of yourself.

We’re not here by accident; and God has a plan.

But, it’s important not to hear that the wrong way.  It’s easy to suggest – and certainly there are shelves and shelves of “Christian self-help” books that say – that we should just get on with being happy: “don’t worry, God has a great plan for your life, and he’ll reveal it in His time”.

And I can certainly see why that’s a popular idea.

But it simply isn’t true – it isn’t what we find in the scriptures.  Not at all.

We’re not taught by God’s Word that God has an infinite number of individualized plans tailored to make us happy.  That’s the stuff of pop psychology, that’s the stuff of the easy, no-strings-attached, fake “love” that offers momentary happiness but requires no sacrifice, but it’s not what God has revealed through the ages, through scripture, and through his Church.

God has a great plan, but it’s not a plan with my fleeting feelings of happiness in mind.  How ridiculous, how small-minded, how pridefully arrogant to imagine that out of the history of this 4-and-a-half billion-year-old earth, whether or not I feel happy at this moment of my 70 or 80 or 90 short years is the sum total of “God’s plan”.

No, what scripture teaches us, and what the Church needs to recover and remember is that God most certainly has a plan – an eternal, unchanging purpose, from the foundation of the world, to draw men and women into loving relationship with himself, made possible as our sins and the disobedience and fallen nature of the whole world are made right by the free offering of Christ made in love upon the cross.

That’s the one plan.  There’s no guesswork required.  That one plan, to be in relationship with Him and restore creation is exactly what God is doing as he works through the ups and downs of our lives in this messy world.

It’s not that God has some individualized plan for each of us to discover, some plan which happens to fit our desires, our likes and dislikes, a personalized plan that pats us on the back and tells us to just be ourselves.

Rather, God’s plan is eternal and universal, and instead of telling us to find a plan that fits, he invites us to fit the plan.

The God who knew you while you were still in your mother’s womb, the one unto whom all hearts are open and from whom no secrets are hid, invites you not to “discover his plan for your life”, but to take a part, to play a role, in his one, eternal and unchanging plan of drawing the world into relationship with Him through Jesus, his Son.  That’s quite an invitation.

Arrows have a purpose.

In that wonderful lesson from Isaiah 49, we hear the prophet speak in wonderfully poetic terms about how God has fitted us, before we were even born, for the work he would give us to do.

In the second verse of that passage, he uses the image of an arrow.  God, pictured as a mighty warrior breaking down the forces of evil, carefully and intentionally prepares his kit for battle.

This warrior doesn’t stumble into battle unprepared and wonder what he can use as a weapon, hoping to find something that will do the job.

No, before the battle begins, he’s prepared.  “He made me”, the prophet says, “like a polished arrow; and he put me in his quiver”, ready for the day of battle.

And each arrow has a role to play in that battle plan.

And, contrary to popular belief, it’s really not as though each arrow has to think too hard to discover its’ purpose.

The purpose of an arrow is simple – to fly straight and true, to fly far and fast, and to hit the bullseye.

It’s not as though certain arrows were built with a different purpose in mind.

No, God has prepared us, all of us, as arrows in his quiver, carefully and skilfully aimed toward the target.

The question is, once the archer releases the arrow, will the arrow stay on course?

The word which we translate in English as “sin” has a pretty mixed history in the church – some even today still have the false idea of “sins” as bad deeds put into a big old fashioned balance, where we must hope that we have enough good deeds to outweigh the bad we’ve done.

The word we translate as “sin” is άμαρτια, and it’s an archery term.  Literally, “sin” is defined as “missing the mark”.  Sin is when the arrow, aimed and released, fails to hit the target, not because the archer didn’t aim, but because the arrow was defective, or blown off course.

In this world where moth and rust eat away and destroy, all of us miss the mark.  And, all of us, we believe, will remain as useless, defective arrows unless and until we align ourselves to the pattern set by Jesus.  It’s in living a Christ-like life, in bending our will to match his, that we’re able to properly live into our role in that great, unchanging plan; to reach the target, to cross the finish line, and hear that great “well done, my good and faithful servant”.

God has a role prepared for us in his plan; and it’s not something hidden for us to discover; it’s something for us to step into as we bend our wills to match the loving example of sacrifice set by Christ.

What about my purpose?

Sometimes, sadly, people let their whole life pass them by while searching for some deep “purpose”, when it was there all along, when, every day, God was calling us to faithfully fulfil the work he had given us to do, to conform ourselves to the pattern he gave, and to simply hit the target ahead of us.

For Andrew and Peter, it was as simple – and as life changing – as responding to Jesus’ invitation: “come and see”.  That was an invitation to follow the path towards the target.

They could say, “no thanks, we’re good”, they could say “sorry, we’ve got plans – it’s the weekend and I need some time to unwind with the guys”; they said yes, they hit the target, and as they walked with Jesus, yes, they missed the mark again and again, but repented and returned to the Lord, and as they were dusted off, reshaped, and sent forth again, they became the arrows which carried the piercing message of forgiveness and peace to the ends of the earth.

God has a plan, and it’s not a mystery.  It’s an unchanging plan to restore creation and draw the whole world to himself.

God has invited you and me to play a part.

We, all of us, have missed the mark.

Now we have a choice to make; we can lie in the dust beside the target, rationalizing why we’re here, inventing a reason why we should stay in the dust; or we can accept the offer to be picked up, dusted off, reshaped and refashioned, and have another shot at following the path set by Christ, and by his grace, this time hit the target, and on the way, bring his message to the ends of the earth.

May God grant us grace to live according to his purpose.  Amen.